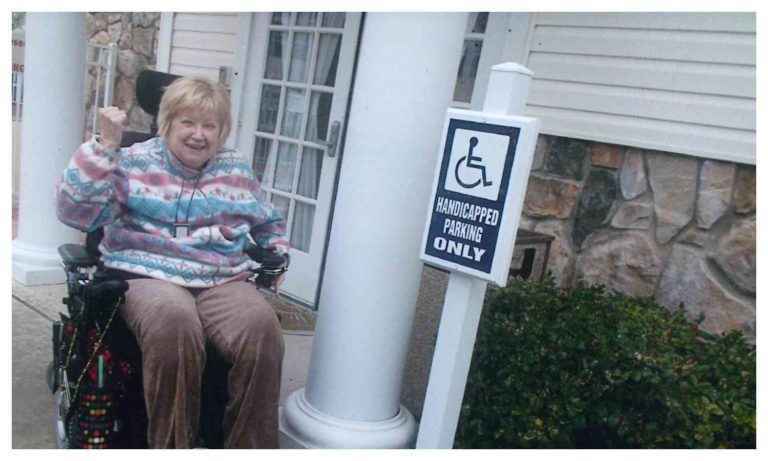 Why is Fair Housing vital to everyone?

The Fair Housing Act became law in 1968, ushering in a new era . . . a dream that everyone could live the wherever they want, the hope that discrimination in housing had finally been overcome. I soon became clear that it was still a dream deferred. As the Newsday special investigation "Long Island Divided" highlighted, segregation is still rampant on Long Island. Since it is often impossible for victims of discrimination to know they have been mistreated, our system of paired testing, which Newsday calls the "gold standard," is crucial to enforcing fair housing laws.


Carol Germann pictured above is a former Long Island Housing Services client. These are her words:

"I personally know how critical the services provided by Long Island Housing Services (LIHS) are. My husband, Robert, neighbor Esther (though both since deceased) and I—all chronically disabled and mobility impaired — faced daily horrific obstacles in getting into our housing units or accessing mail at our senior condo community. We contacted LIHS seeking their intervention. Thanks to their amazing advocacy and enforcement services, we were able to fully access and enjoy our housing."

As reported in Newsday,

That’s followed by state agencies at 24 percent and HUD at 5 percent. The federal Department of Justice investigate the small remainder."

The reality is there is still much work to do! As highlighted in the Newsday investigation "Long Island Divided", housing discrimination is still rampant on Long Island. Since victims often do not realize they are being discriminated against, our system of paired testing is crucial to enforcing fair housing laws


.A recent example of our civil rights testing provided the basis for the litigation against the owner of 4 different apartment developments, NPS Property Corporation, who allegedly discriminated against prospective renters with disabilities, those with public sources of income, and African-Americans.

In recent years, Long Island Housing Services has won more victories for Long Island families by stopping government abuse of minority tenants in Mastic Beach, and wiping out vestiges of Nazi Era prejudice in Yaphank, and fighting the sexual harassment of minors in Patchogue.


We can't slow down now

In order to more effectively fight housing discrimination, Newsday has called for increased funding from HUD and New York State for nonprofits like Long Island Housing Services to enforce the fair housing laws through paired testing.

But we can't afford to wait for government to act!

Today you can make your valuable support go even further by joining the Neighbors Club—a monthly giving program that supports our efforts year-round to eliminate unlawful housing discrimination and promote decent and affordable housing through advocacy and education.


Your ongoing monthly support will:

That’s why I’m inviting you to join our Neighbors Club.

With your gift of just $9 a month you can support 30 minutes of Fair Housing Testing and experience the joy of changing a life. Can they count on you today?


Our mission is the elimination of unlawful housing discrimination and promotion of decent and affordable housing through advocacy and education.Founded in 1969, Long Island Housing Services, Inc. (www.LIFairHousing.org) is a private, nonprofit HUD-qualified Fair Housing Enforcement Organization and a federally certified, approved Housing Counseling agency. Your donation to our 501(c)(3) Charitable Organization is Tax Deductible.

Thank you Dr. Maxine Wilson for sharing your inspiring story of working with Long Island Housing Services to help hundreds of home buyers who had been discriminated against. (And thank you to her husband for taping.)

Dr. Wilson was not deterred by governmental interference, pronouncements of insufficient proof, threats of family harm or attempts to bribe her into indifference. Constitutional and civil rights were at stake. She faced further race discrimination, fraud, government inertia, veiled and apparent threats of harm in her journey to seek justice. Her determination and tireless efforts ultimately led to a successful challenge in Federal Court in a 400-member class action affecting 257 homebuyers in Long Island and Staten Island. For the full video go to https://www.youtube.com/watch?v=fwFYhL21BY0